Warning: preg_replace(): Compilation failed: invalid range in character class at offset 4 in F:\Apache\WordPress\TheBlackBerryBramble\wp-content\plugins\crayon-syntax-highlighter\crayon_langs.class.php on line 340
 About the Bramble | The BlackBerry Bramble 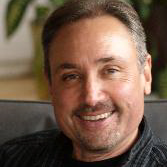 Welcome to my thorny little corner of the Internet. Even though I’ve lived in Canada since the age of eight, I was born and spent my early childhood in England, so the word bramble always conjures up visions of blackberries for me. Sharp thorns and sweet fruit, just like developing for BlackBerry 10. Although I’ve been a professional independent software developer since the late 80’s, I only moved into the mobile application world in early 2013. As a long-time BlackBerry user and fan, I decided to go all in with native BlackBerry 10 development rather than try to hedge my bets with cross-platform tools like HTML5 or targeting iOS or Android for the larger user base. In short, I hitched my wagon to the “new” BlackBerry, trusting that all the doomsayers were wrong, and that BlackBerry would continue to be a serious player in the mobile arena, even if not a dominant one. The jury is still out on BlackBerry’s long-term prospects, but since BlackBerry 10 was released to the public at the end of January 2013, it has evolved and improved, adding many new features that were missing or lacking in the first version.

I was already fluent with many languages, standards, and platforms, including but not limited to C/C++/C#, Java, JavaScript, HTML, CSS, XML, etc… in short, everything I expected to need for mobile development. In the corporate desktop software development world I had long been the “guru” that companies hired when in-house developers weren’t up to a task, and the one other developers came to for advice about obscure problems. My long experience and deep knowledge of hardware and software tricks and techniques meant that I could always figure out how to make something happen, even when the platform didn’t provide a native solution. That skill set has served me well in my foray into BlackBerry 10 development since the API and tools provided by BlackBerry often leave a lot to be desired. Now it was my turn to be the student again and learn from those that trod the mobile path before me.

It took me about three months to get the initial release of my first app, multiFEED, ready for BlackBerry World, and along the way I had to learn QML, which I knew nothing about before starting mobile development, as well as the “mobile mindset” needed to structure an application for the small screen. multiFEED 1.0 was functional, but didn’t tap into any of the more interesting BlackBerry 10 services, such as Remember or the Hub. As I added more and more features to multiFEED I not only learned about these services, but also where the BlackBerry Cascades API was lacking. Google or the BlackBerry Developer Support Forums would sometimes provide an answer or workaround, and the gurus at the CrackBerry.com developer forums were helpful too, but more often than I wanted to I had to come up with a custom solution to the limitations and bugs of the BlackBerry Cascades and native API and tools. Even if I did find an answer online, often it came from following breadcrumbs halfway across the web, then assembling them into a solution that fit my problem.

As I resolved these issues I began looking for a place to share my solutions with other developers and document BlackBerry 10 API and Cascades usage in a more complete and coherent style than provided by BlackBerry. I posted a few topics to the BlackBerry Developer Support Forums, but not only is it difficult to write in-depth articles there, they also tend to get lost amid the cacophony. I knew I needed a better way to write about my experiences developing for BlackBerry 10, and so The BlackBerry Bramble was born.

What you”ll find here are tips and tricks… tutorials… solutions. Anything and everything I think might be of benefit or interest to others following a similar path. Some articles will be long and in-depth, though hopefully not too dry or boring, since I will try not to make assumptions about what you already know. Others will be a paragraph or two, covering a quick but important topic. After every article there is a place for your comments, suggestions, even criticisms. Maybe you’ll have a better solution than I came up with, if so I hope you’ll share it with me and my readers. If you have any questions or ideas for future articles you can always drop me a line with the contact form in the sidebar. To stay up to date with The BlackBerry Bramble you can subscribe to the Posts or Comments RSS feeds on the sidebar, and may I humbly suggest if you have a BlackBerry 10 handset that you use multiFEED to do it?

These articles are not necessarily in the order I used/discovered them while developing my apps. Instead, I will often go back and write about something after the fact if I feel it is not common knowledge or hard to find on the Internet or in BlackBerry documentation. If you are a BlackBerry 10 developer, newbie or old-hand, I hope this site is helpful to you.

Oh, and watch out for those thorns.